View products
The Torngat Mountains National Park in Canada, are often called one of the last untamed, unspoiled places left on earth. The name takes itself from the Inuktitut word Tongait - meaning place of the spirits and the region has always been associated with myths and legends. And you can see why, the 9,700 square kilometer expanse is a land of mountains and polar bears, glaciers and caribou, where Inuits have lived, fished, and traveled for thousands of years. Because it is so incredibly remote it is not as easily accessed as its sister parks to the south. To get to the Torngat Mountains requires careful planning and registration with park officials. There are no roads and signs telling you where to go and what to see. But the wilderness is incredibly rewarding when you get there. Dramatic coastlines and thick forests give way to ancient rock formations - the wild beauty of the landscape - that is bursting with wildlife creates an awesome impression. You can be toured around the park by members of the Inuit community and connect with the wealth of knowledge that has been accrued amongst these people by living in this land long before any Europeans arrived. The park is only really visitor-friendly for four or five weeks of the year from July to August - that's the only time that it is warm enough to make the trip - which makes the fact of making it there even more special and the trip even more unique. Some rocks that you find in the park are almost four billion years old - making them some of the oldest on earth. Stand on the ground there and feel like you are stretching back in time and history. We have been inspired by this incredible park to create our Torngat collection of cooler bags. Like the park, the contents of your bag will remain unspoiled and as cold and untouched as the sublime Canadian landscape.

This collection of cooler bags optimizes everything in the direction of functionality and simplicity. The fabric of the series is light grey melange and has been especially chosen so that the bag will conduct less heat when placed in sunlight. Reliable fittings and waterproof lining help create a range you can depend on. Our Torngat series collection offers stylish, versatile and capacious cooler bags of varying sizes that are ideal for daily and long-distance travel, picnics and more adventurous activities. With this range, you will arrive with your items perfectly cooled and ready to eat and drink. Also, all models from the Torngat collection are foldable and take up very little space in storage. In total this range offers you the functionality that RIVACASE epitomizes, yet with all the detail of the most assiduous engineering.

Any user of any picnic bag or water cooler will know that spillages inside the bag are inevitable. When carrying around large numbers of fluids or when discarding empty packets and bottles after you've finished, or simply when you're carrying ice with you, it is very difficult to avoid liquids ending up in the bag. What is essential though is to prevent these liquids leaking into your car or out of the bag and onto your clothes. That is why we have ensured that our cooler bags are 100% leakproof. So you can continue on your trip in the peace of mind that neither your car nor your clobber will be made dirty.

It is important when choosing a cooler bag to make sure that it has been designed to be ergonomically effective in the conditions you will use it in. Too many times we have seen and used bags that seem to be better designed for the high-street than for the hike up the hill. With this Torngat bag however, we have made sure that it is perfectly suited to the outdoor and rugged conditions it might find itself in. That is why we have created it out of a dirt-resistant and water-repellant fabric, so that should you end up in a muddier area or get caught out in a shower, your bag won't become dirty or weigh you down.
+ 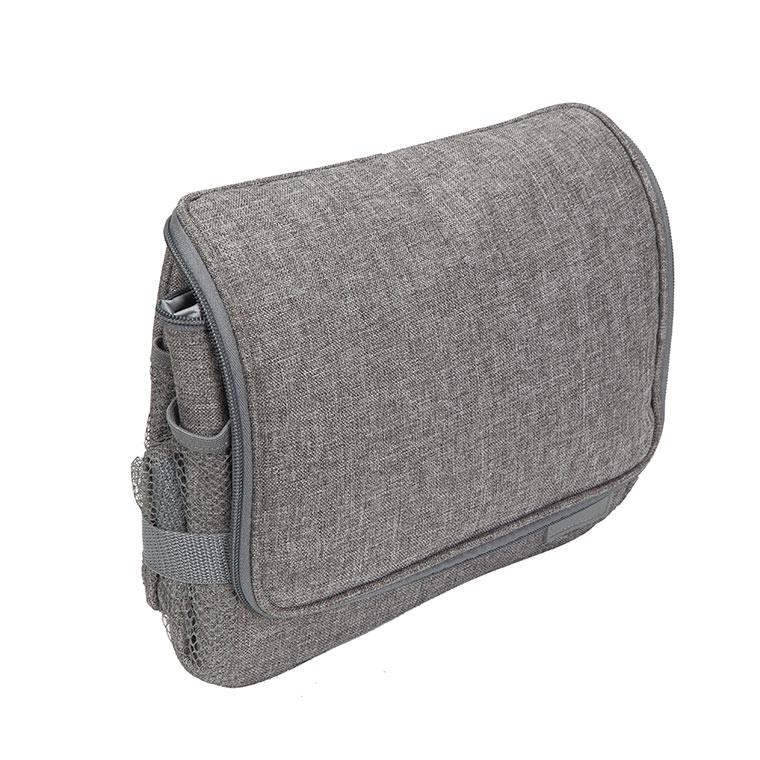 The problem with hard-cased cooler bags, but really any cooler bag in general, is that you aren't necessarily using it every day. And because of this, you want to be able to store it away efficiently. Even the best cooler bag in the world can become a hindrance if it is taking up too much space in your home. That is why this Torngat range is foldable, meaning that it will require far less space. Carefully designed, the compact storage system of the bag will mean that you can quickly and easily tuck it away in your cupboard or storage space and know that your bag isn't taking up more than its fair share of room.
+ 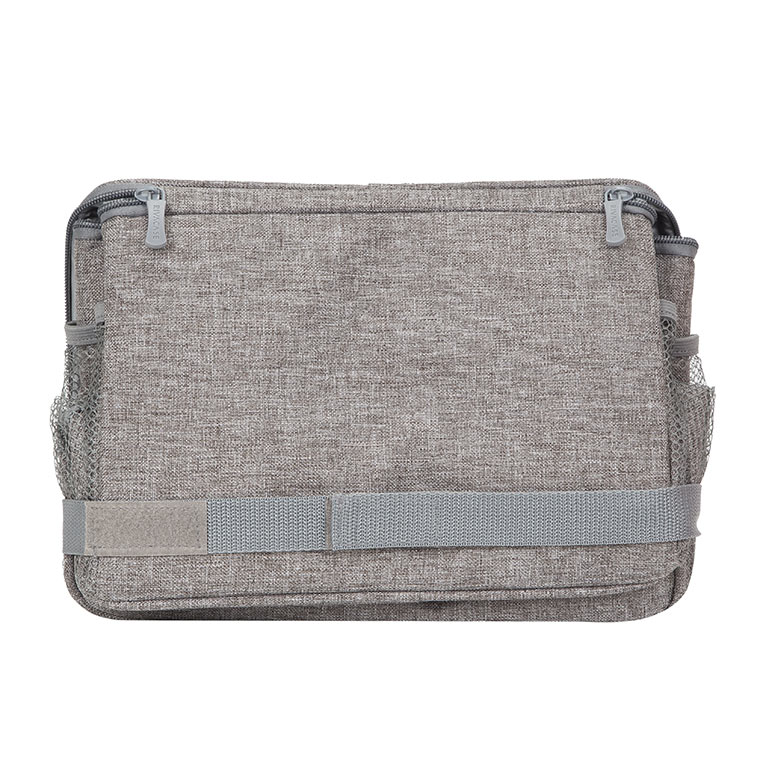 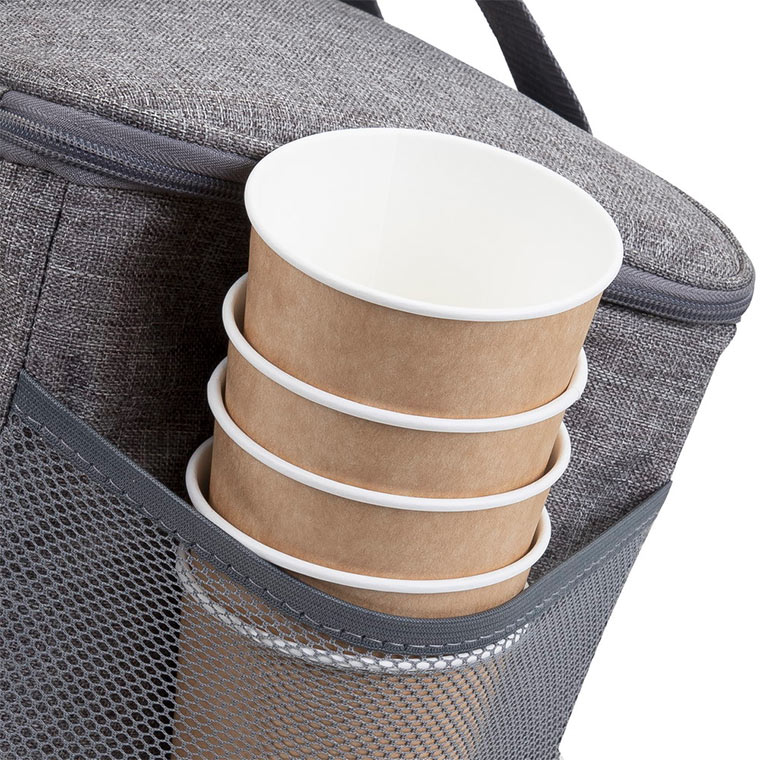 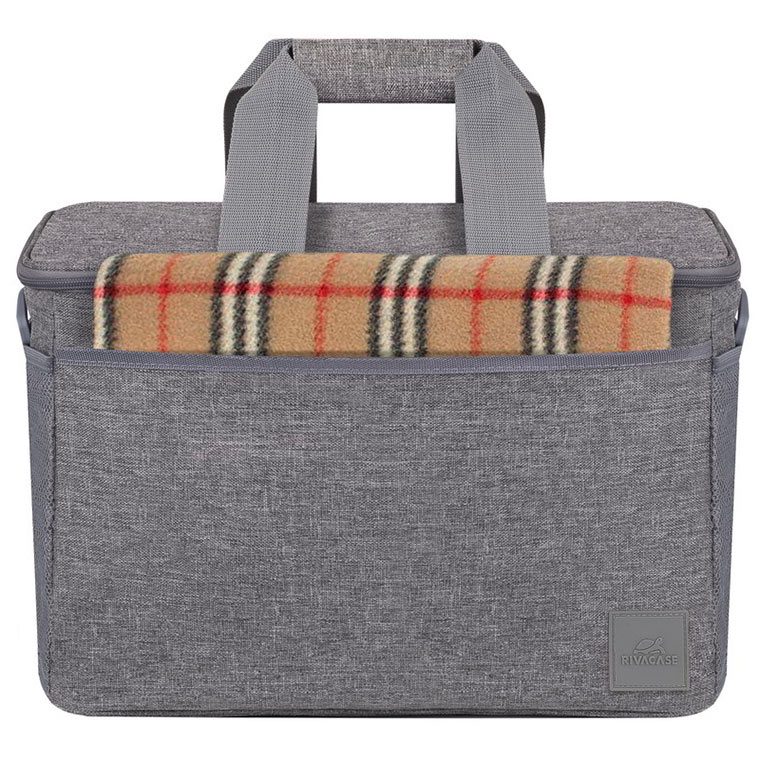 Sometimes, when you're making a trip to the park, you don't want to be carrying too many bags with you. Really you just want the one bag so you can travel efficiently, carefree and with ease. The problem is though if you have to take a cooler bag, you don't want to be putting your wallet, keys or phone in amongst all your picnic and fluids. That can be a recipe for disaster. To help circumvent this issue we have made sure that this Torngat bag comes with three outer pockets so that you simply slip away your other smaller but vital possessions and head out on your trip with everything you need. 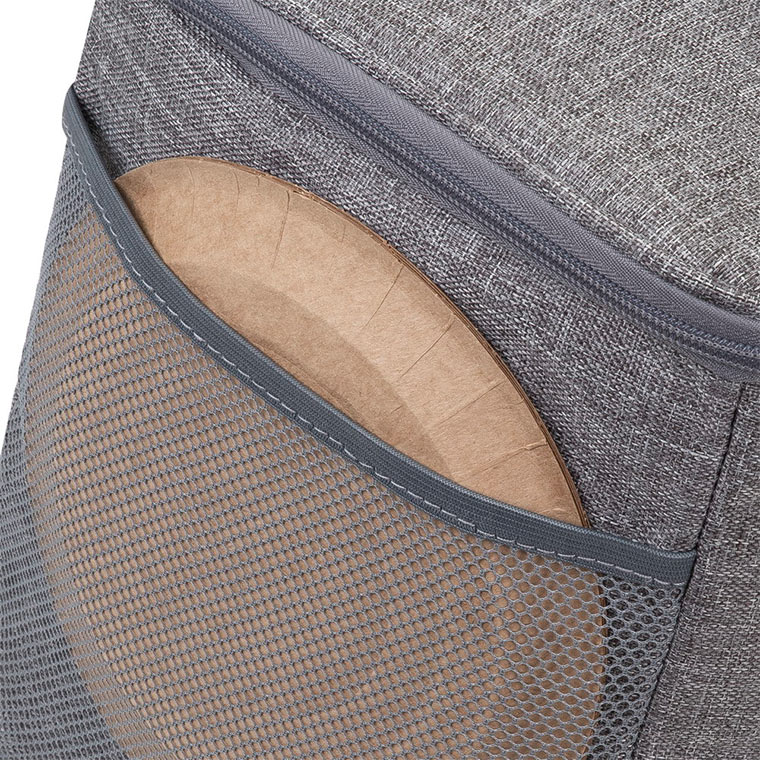 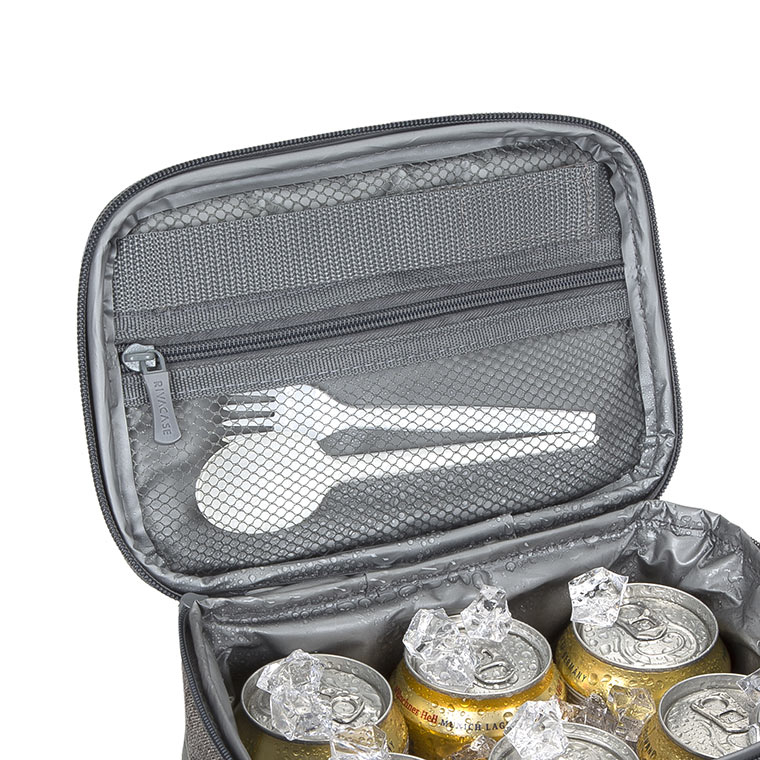 Often cooler bags aren't just used for carrying beer, wine or ice, but are useful to keep food cool and fresh for a picnic. And often picnics require a series of accouterments to help make it the perfect experience. Plastic or wooden cutlery is a classic example, or even a corkscrew. These are the kind of things that you don't want to be scrabbling around for at the bottom of your bag, where you will probably eventually find them damaged or missing. Instead, we have provided an internal mesh zippered pocket so you can simply slip your items away and know where they are at all times.

All aspects of this bag have been designed to make the cooler bag as helpful and easy to use as possible. This is a cooler bag for those that like to keep things simple and effective. Therefore even the fabric, made from a delightful melange material, has been specially chosen for its light color to reduce heating under the sun. It strikes us as strange that so many cooler bags insist on creating their designs out of dark materials when this so clearly contributes to the bag heating by absorbing thermal light. This bag instead combines aesthetics with functionality to keep you looking good and your bag's contents cool.
+ 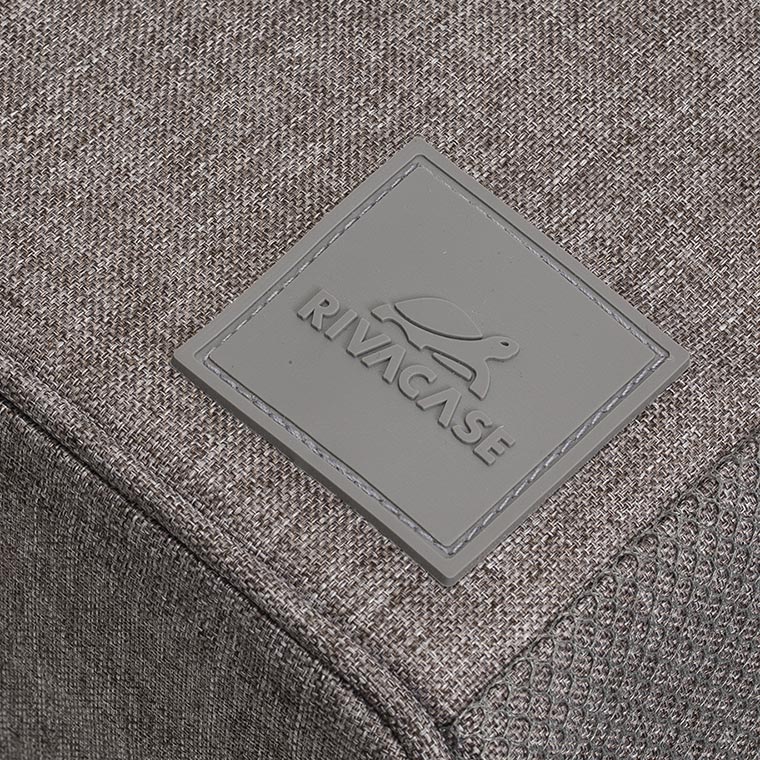 At RIVACASE we believe that our products do all the talking. We don't spend all our time on our marketing because we believe in the things we make and we know that they speak for themselves. The best marketing strategy you can have is to build things that will last and which customers can rely on. That is why when it comes to placing our logos on our products, we like them to reflect this same ethos. As you can see here with this Torngat range a long-lasting and understated RIVACASE rubber logo perfectly fits in with the bag's design, and, as will all RIVACASE products, it is built with longevity in mind.

When going out for a trip in the local national park, or on a hike up a hill to catch a good view, or even when just going for a picnic on a local patch of grass, choosing the right spot can take some doing. You need to factor in how much sun the spot's getting, is it too overcrowded, are there any irritating insects or a host of other different factors. As such you may end up carrying your bag around with you for extended periods. To help make this period as easy for you as possible this RIVACASE bag comes with its own reliable adjustable shoulder strap so you can make sure your journey to the spot you choose is as enjoyable as the drink you have when you get there.
+ 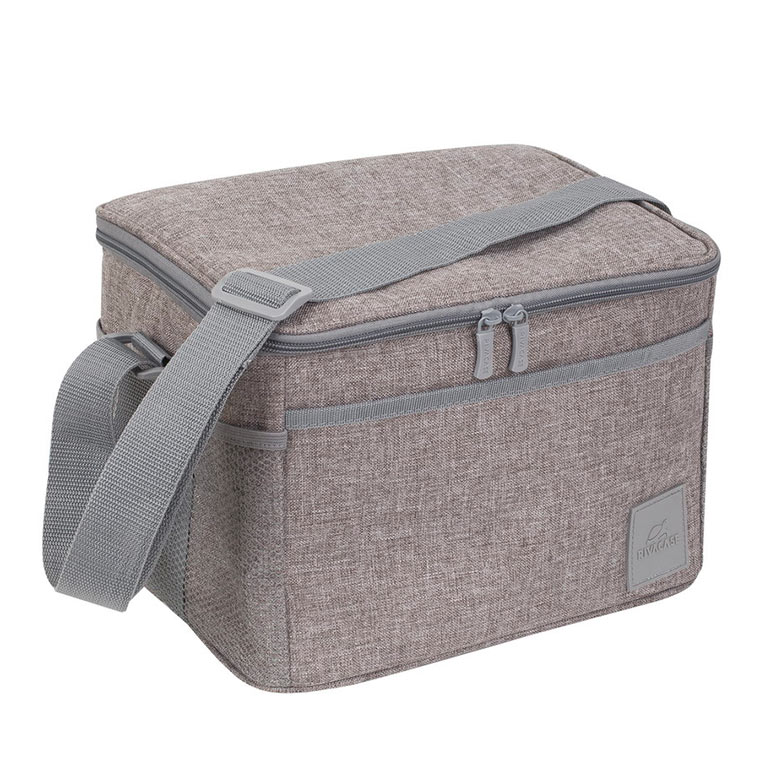 There is nothing worse than a bag that is made with cheap and flimsy pullers. It can really ruin the picnic and thus your whole day if your bag splits en route leading to you having to ditch certain items. When taking food or drink out with you on a journey you need to be able to depend on the bag you're using. That is why we have made sure with this Torngat bag that it has been designed with durable RIVACASE pullers so that you can be robust with your bag if you need to be and yet still rest safe in the knowledge that you can depend on it time in time out.

VIEW PRODUCT
This cooler lunch bag has been specially designed to carry 500 ml cans. Constructed out of a fabric specifically chosen to prevent thermal absorption, this Torngat bag is also easily stored through its compact storage system that allows you to quickly fold it away. An inner mesh pocket will enable you to keep all of your smaller items nicely in order and three outer pockets are provided so that you needn't carry an extra bag for your wallet and phone as well. The inner volume of this bag is a more modest 5.5L and is designed more as a compact option for a picnic for two. 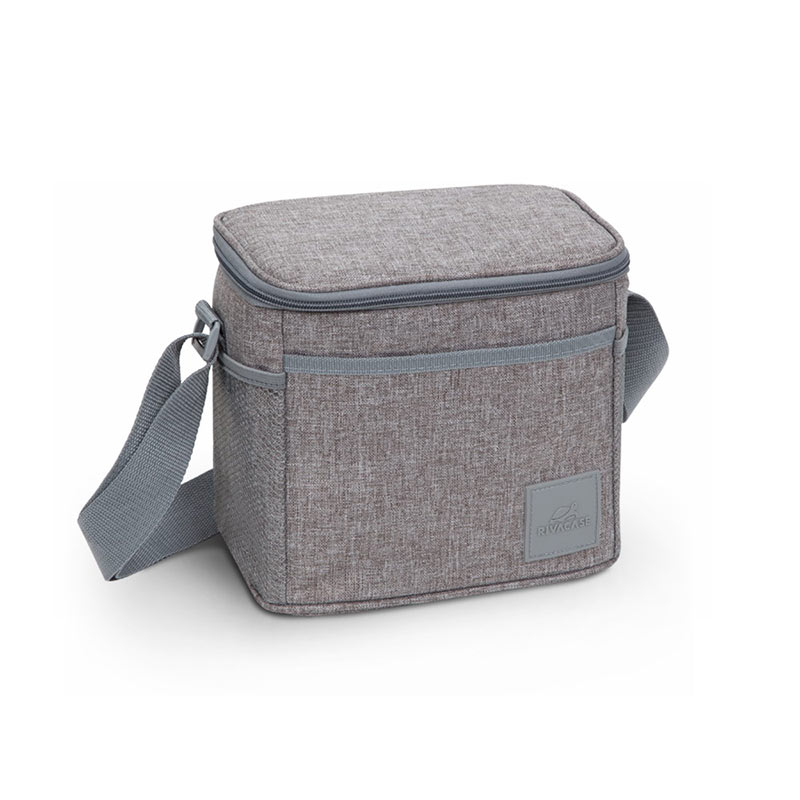 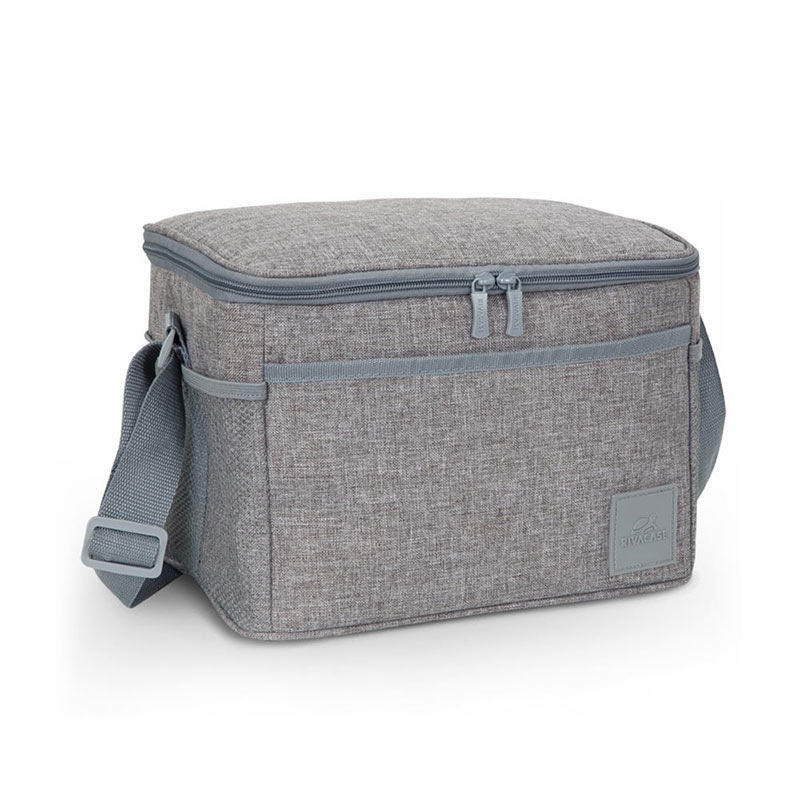 VIEW PRODUCT
This midrange 11L cooler bag is capable of carrying 12 * 500 ml cans and has been designed as the perfect option for your trip away at lunchtime or that enviable post-work picnic in the sun. A compact storage system makes the bag easy to store, while its light fabric has been specifically chosen to reduce thermal absorption. A dirt-resistant and water-repellent outer fabric will prevent your bag from becoming weighed down by moisture or clogged up with dirt after a day out on the hill. And a leakproof inner lining will stop your car or clothes from getting splashed by any unintended spillages.

VIEW PRODUCT
This Torngat lunch bag has a generous capacity and can store up to 36 * 330 ml cans or 24 * 500 ml cans. This 23L volume bag can also carry your standard 2L PET bottles. Created out of ergonomically designed fabrics on the outside and a specially designed leakproof lining on the inside in case of spillages, it is the perfect companion for your weekend getaway or picnic in the sun. And because you sometimes need to carry your bag about with you as you hunt around for the perfect spot, this bag comes with its own adjustable removable padded shoulder strap with a reliable fixture in the bottom of the bag. 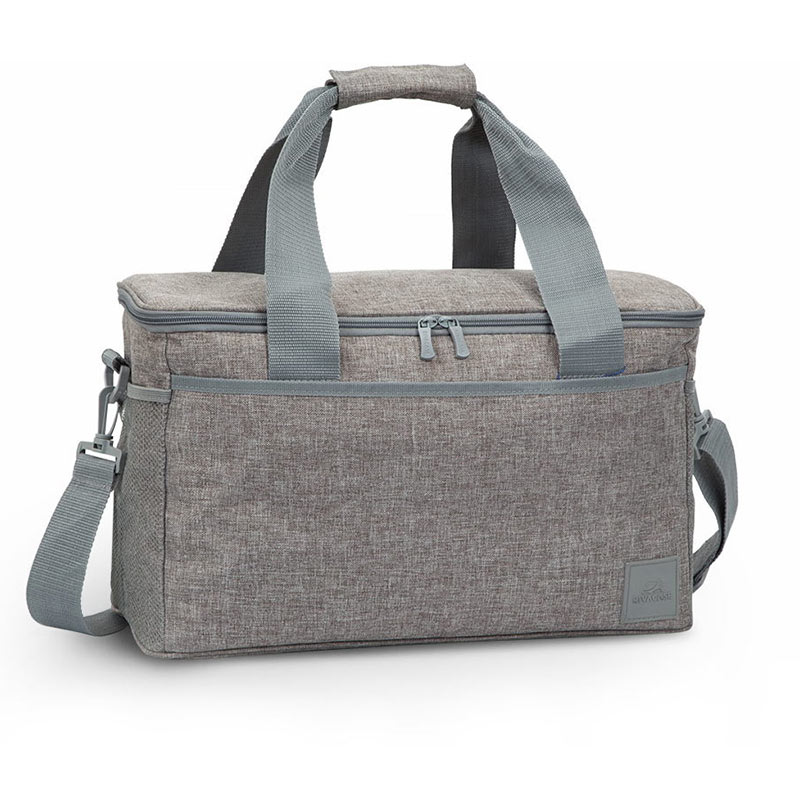 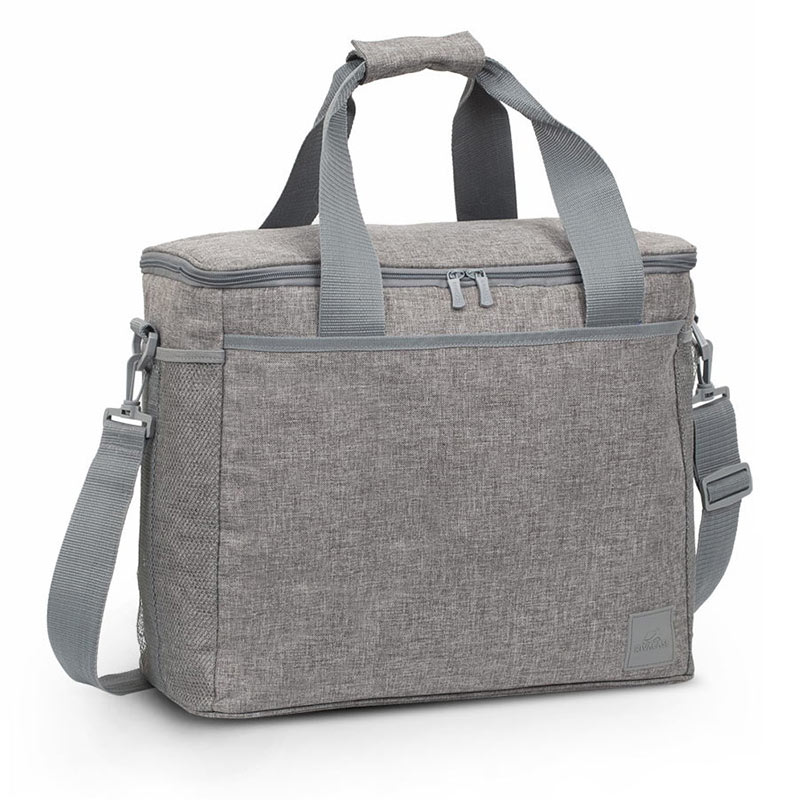 VIEW PRODUCT
This vast cooler bag is the largest in our Torngat range and is capable of carrying up to 54 * 330 ml cans. It is 43*36,5*22 cm and has an inner volume of 30 L. It can easily take your 2L Pet bottles and yet also can be quickly stored away through its compact storage system. Additional pockets mean that you can slip your keys, wallet and other items away and needn't carry another bag with you. A dirt-resistant and water repellent outside fabric will prevent it from getting covered in water and mud and a leakproof lining helps any unintended spillages from ending up on your car or your person. This Torngat bag is the perfect option for those seeking to provide a big lunch for a big group.