View products
Resting near the coast on Wales' southernmost peninsular, close to the Bristol Channel and the capital city that is its namesake, Cardiff airport is a thriving and bustling 21st-century institution. Supporting nearly 1.7 million passengers a year it is the country's busiest airport and is the only airport in the nation that offers scheduled international flights as well as low fare business and charter services, together with corporate and general aviation. Nestled in the rural Vale of Glamorgan near the quiet village of Rhoose, this airport strikes a contrast to its pastoral and idyllic surroundings. In many ways, it typifies the country in which it's based, one that brings up images of wide rolling hills and sheep farms, a land of born-singers and keen rugby players, and yet also a buzzing forward-thinking nation that is keen to assert itself and demonstrate its relevance in the modern world through the business acumen of its citizens and its world-renowned services and manufacturing sectors.

This Cardiff range straddles a perfect balance between professional and cozy. It is a sophisticated collection that offers clean-cut items; it is a new series of lightweight backpacks and bags with a specific focus on optimizing the lifestyles of those that operate in the business-related arena. The collection is a combination of two elements and two textures; two materials - the "warm" canvas and the "professional" PU leather carry the aesthetics of the modern city dweller. They have the look of bags designed for those living in new metropolitan areas, and combine all the benefits of the natural and artificial worlds, connecting the two spheres in perfect symbiosis to create a perfect product.

Manufactured using high-quality faux leather and a very much 'a la mode' canvas made of 100% cotton, this Cardiff range provides you with an item that you can wear both on your daily commute, in the board meeting and at the drinks after work. Its stylish and sleek exterior offers you the clean cut and professional look that will make you fit in and project a sense of quiet authority no matter what your environment is. Built not only to have this aesthetic but also fundamentally to protect your devices - this cotton canvas material is both durable and hard-wearing and will ensure that anything you place within your Cardiff bag remains safe and secure.

These days it is absolutely essential that you take all the care you can possibly take to protect the contents of your bag. The devices we all carry with us are simply of too much importance and are too vital to our day-to-day lives for you to be taking any chances with. That is particularly the case for the quintessential user of our Cardiff range - the modern urban professional. An anti-theft zipper puller does just this and helps lock your puller in place to prevent any wandering hands or pickpockets trying to take a chance with your possessions. This kind of device, you will find, offers you unparalleled confidence on journeys through busy places.
+ 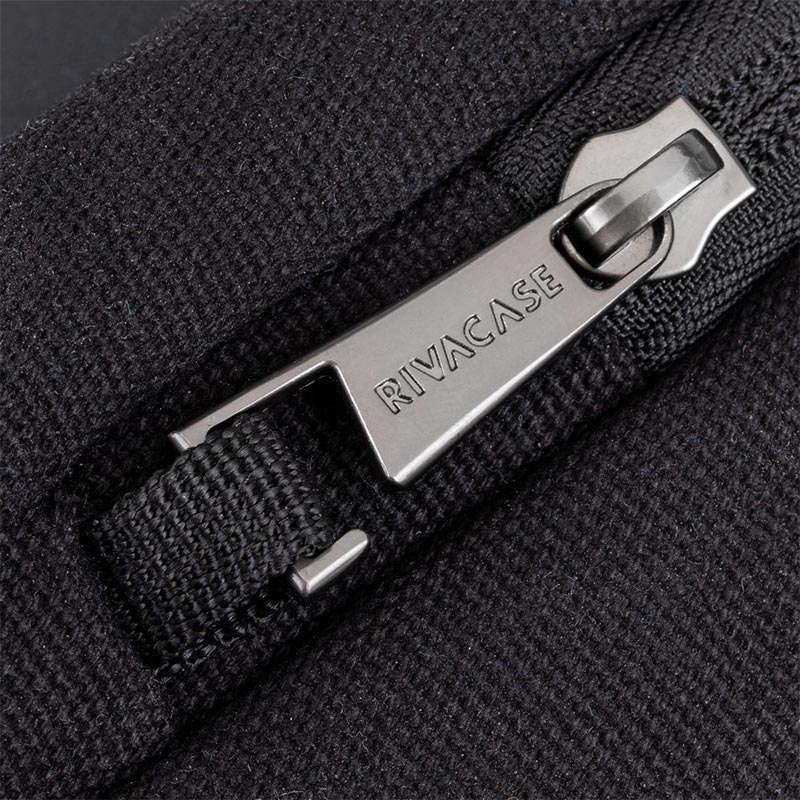 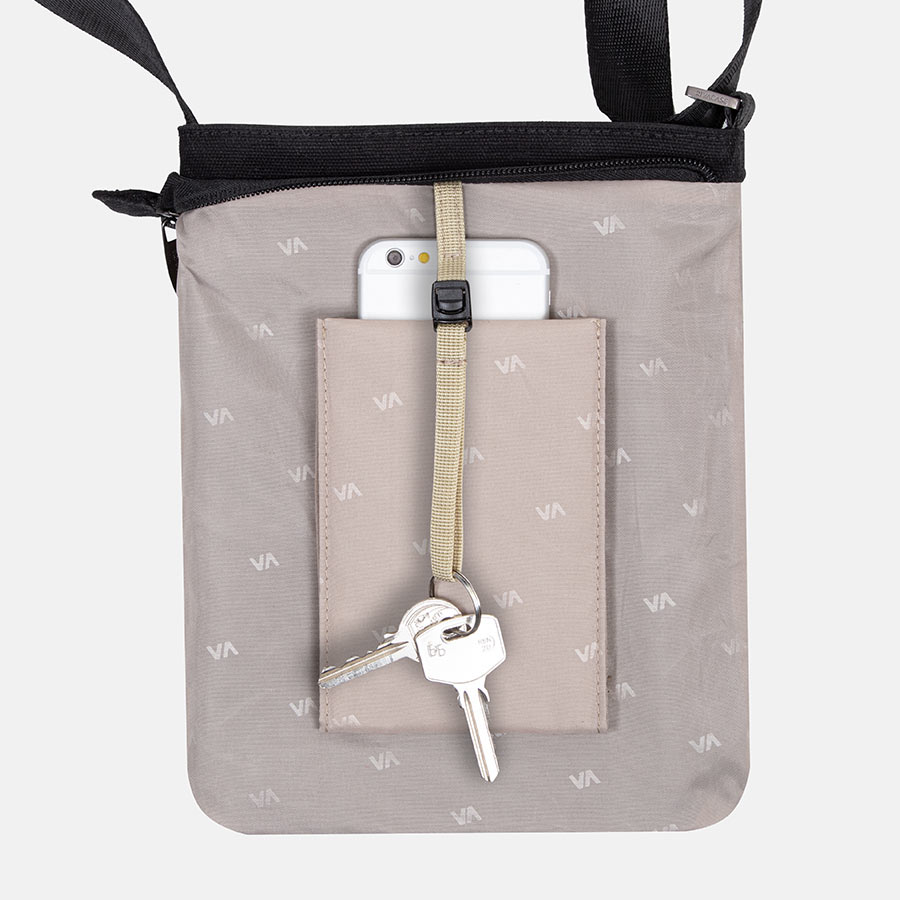 We all know that painful moment when you are left scrabbling around in the bottom of your bag or rifling through your pockets looking for that extra troublesome pair of keys. This matter is made even worse when in a rush or when stuck outside on a dark and rainy evening. Thankfully, this Cardiff range offers you the chance to bypass all of that hassle by providing you with the perfect solution - a detachable key strap. Simply clip your keys in place and know where they are at all times of the day, so that no matter what journey you have ahead you know that you are prepared and will not lose a moment of your time.

There is nothing worse than choosing a bag and purchasing it only to discover that what initially passed for appealing actually masked behind it an ugly truth. Many mass-produced bags on the market these days are cheaply made following a rushed design process, which leads to items that ultimately are bound to let you down sometime now or later. We though at RIVACASE are incredibly proud of the products we make and the methods we use. They result in us producing items like this Cardiff bag i.e. one that is made from durable hardware and which is bound to stand the test of time.
+ 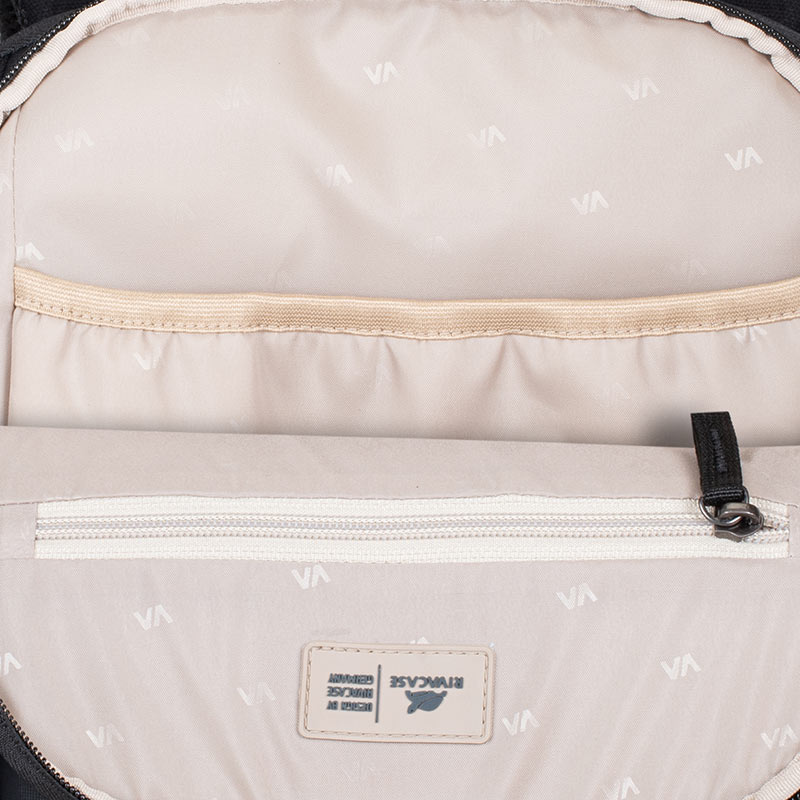 Where functionality meets aesthetics is the holy grail of design. If you can craft something that makes it easy to use but at the same time is a thing of beauty then you have created something special. With all aspects of the bag we have focused on achieving this and no where is this more impressive than in the beige interior lining of the Cardiff range. The lighter colour will help you quickly find whatever item you need at a moments notice even if it's a little dark, and the soft beige fabric and color will be that extra special flash to impress your boardroom compatriots.

This very stylish Cardiff sleeve is ideal for MacBook and for Ultrabooks. It has been manufactured using high-quality faux leather and a trendy canvas made of 100% cotton to protect your devices from any harm. It will therefore give you the aesthetic you want to impress those around you but also mean that your incredibly precious belongings are kept free from harm's way. The soft plush interior will mean that your MacBook Pro or any other item you have will have its screen protected from scratches. And a front pocket is also available for a Tablet, smartphone, portable rechargeable batteries and other accessories. 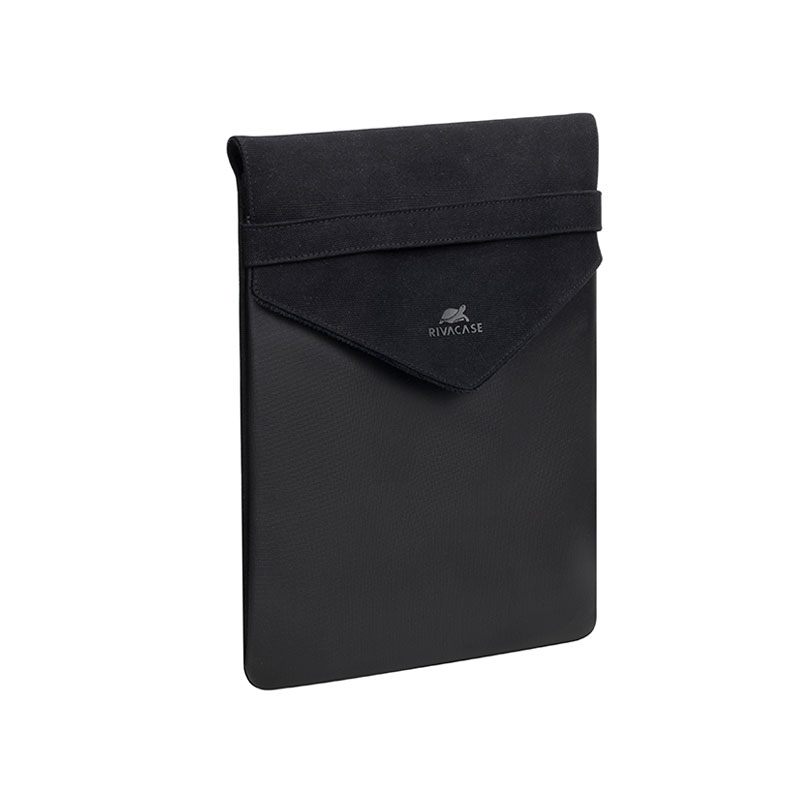 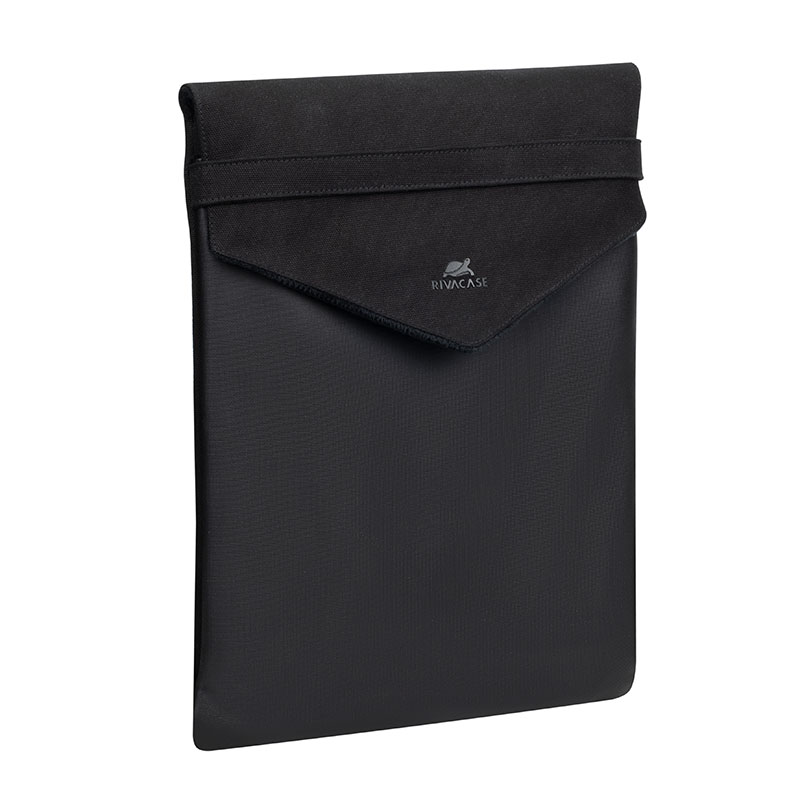 The stylish sleeve ideal for MacBook, Ultrabooks and whatever else you might need to carry around with you on your day is the perfect solution to your needs. It has been created out of high-quality faux leather and a trendy canvas made of 100% cotton which not only will make you look the part but has been specially designed to protect your devices. But its not just the outside that matters, that is why we have a soft plush interior on the inside to protect your screen from scratches too. A front pocket for a Tablet, smartphone, portable rechargeable batteries and other accessories will help for anything else you need to take around with you.

Manufactured using high-quality faux leather and a trendy canvas made of 100% cotton to protect your devices. This Cardiff black canvas Crossbody bag is the perfect solution for those that need to often take limited baggage with them for lengthy and consistent journeys. An adjustable strap means that you can easily make the bag fit you just right and so that you are comfortable from the beginning of the journey till the end. The main compartment is designed for an 8" Tablet and a zippered pocket for a wallet with a detachable key strap is also provided. Finally, a back zipper pocket for a smartphone is provided as well. 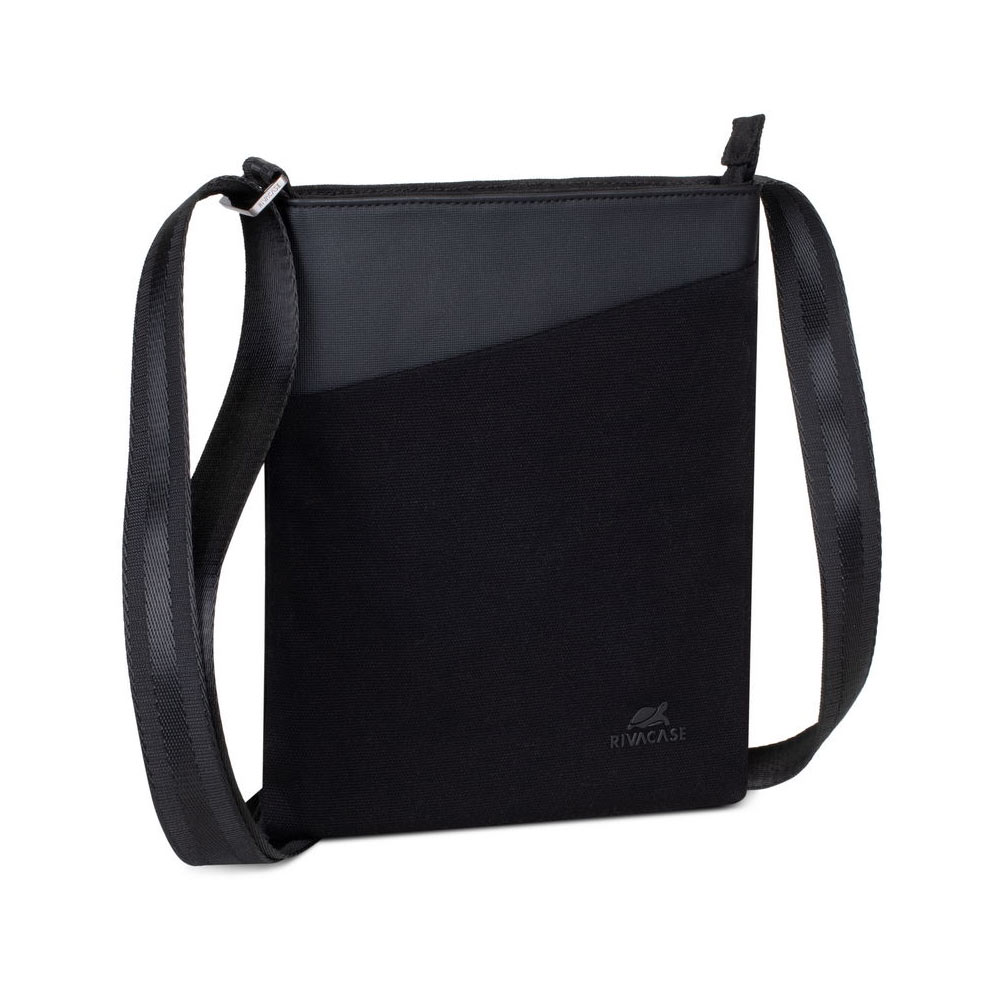 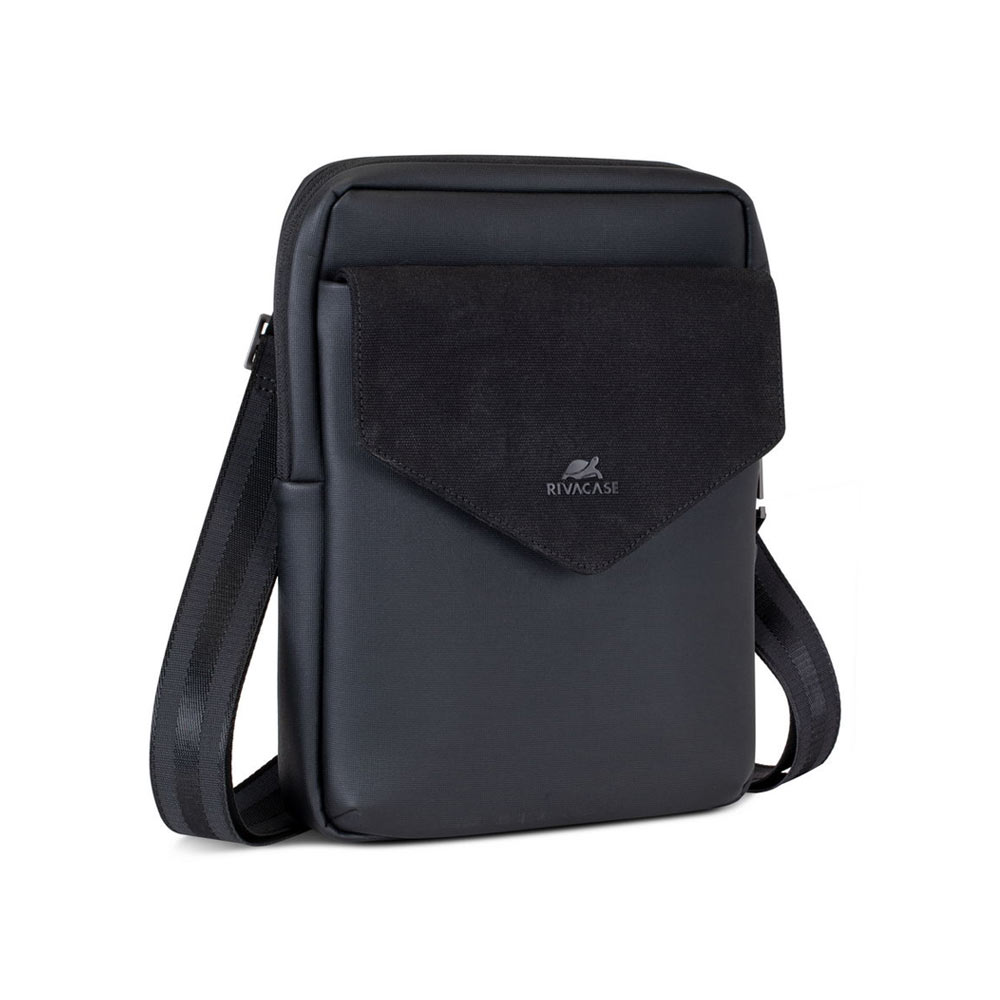 This bag is manufactured using high-quality faux leather and trendy canvas made of 100% cotton to both protect your devices and the contents of your bag and keep you looking stylish when it does it. An adjustable strap allows you to find the perfect fit for your bag as you go about your day. The main compartment for an 11" Tablet and a zipper pocket for your wallet is provided along with an anti-theft lock zipper puller so that everything remains in the highest possible security. Finally, a front zipped pocket for a smartphone, business cards, accessories and a detachable key strap is also provided.

This black canvas backpack offers the perfect solution for carrying a 14'' laptop on a daily commute. Manufactured using high-quality faux leather and a stylish canvas made of 100% cotton, the bag is designed specifically with the protection of your devices foremost in mind. The main compartment with padded sides and bottom has an additional inner compartment for a Tablet up to 10.5" and a zipper pocket for your wallet. An anti-theft lock zipper puller is provided along with a front zipped pocket for a smartphone, business cards, accessories and a detachable key strap. A comfortable soft handle and shoulder straps with softened bands will make you feel comfortable even during the longest of journeys and a strap management system prevents excess strap material from dangling. It is fully compatible with laptops up to 13.3"-14“ or MacBook Pro 16. 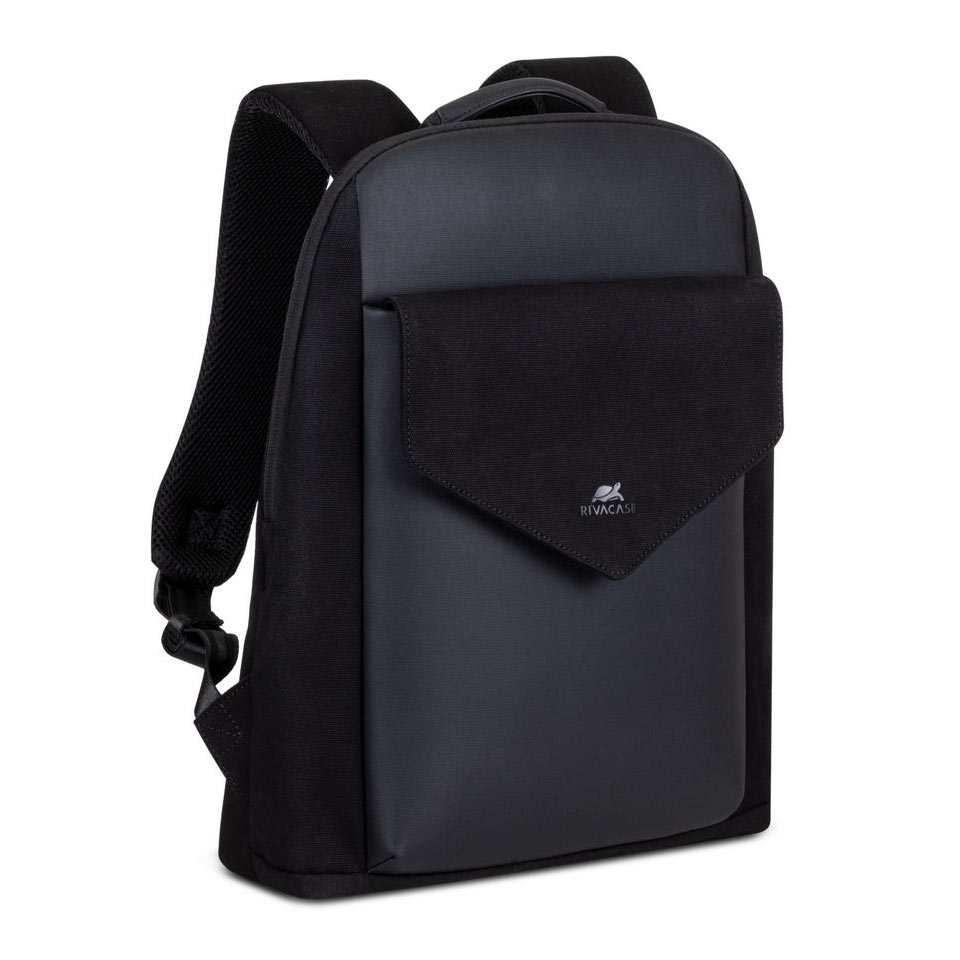 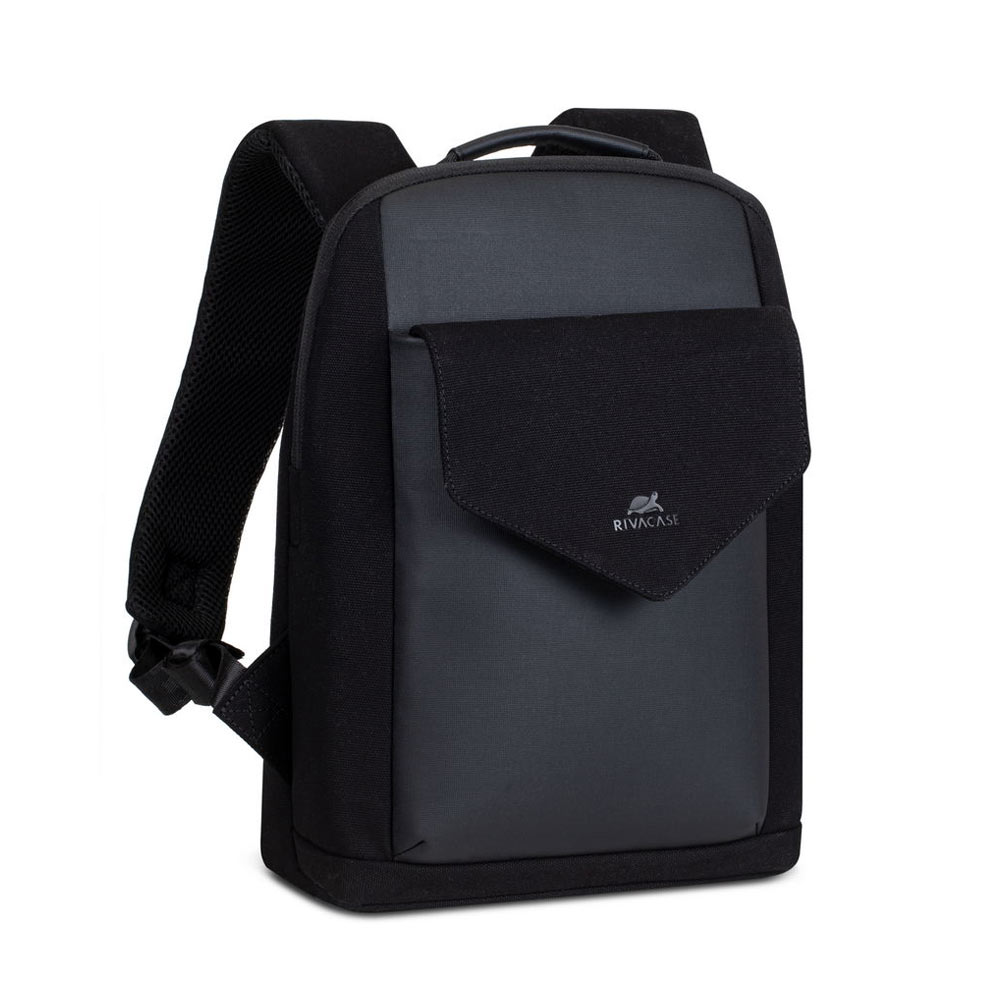 This Cardiff backpack is designed for a laptop up to 13.3". It has been created using high-quality faux leather and a fashionable canvas made of 100% cotton to protect your devices. The main compartment with padded sides and bottom has an additional inner compartment for a Tablet up to 10.5" and a zipper pocket for your wallet. An anti-theft lock zipper puller is provided along with a front zipped pocket for a smartphone, business cards, accessories and a detachable key strap. A comfortable soft handle and shoulder straps with softened bands will make you feel comfortable even during the longest journey while a strap management system prevents excess strap material from dangling.